On 28th February 2000, DrillTec GUT GmbH Großbohr- und Umwelttechnik was founded as a subsidiary of STREICHER and is now celebrating its 20th anniversary... 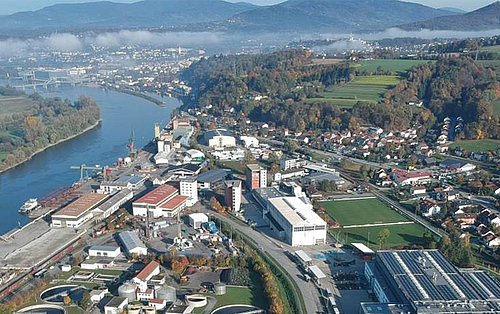 With the establishment of DrillTec, a gap in pipeline construction was to be closed: The trenchless laying of product pipes using the horizontal drilling method. Previously, these services had to be purchased from subcontractors. In early years, DrillTec was active in the field of horizontal drilling technology with drilling diameters of up to 1,400 mm (56 ") and drilling lengths of up to 3,000 m for customers worldwide.

In 2003 the newly founded company took the first step towards deep drilling on a geothermal well in Speyer with the drilling rig "CombiRig". The first project for NAM in the Netherlands followed two years later with the VDD 370.1 rig "Synergy 1".

In the following years, the machine portfolio was expanded by four further innovative deep drilling rigs (VDD 370.2/3/VDD 200.1/TB 2100S) and depths of over 5,000 meters were reached. Customers included new innovative companies, but also many well-known E&P companies in Europe. Since about 2015, the focus of activities has shifted from the production of hydrocarbons to services for geothermal projects as well as workover and abandonment projects.

Today DrillTec is an international drilling contractor headquartered in Deggendorf and employs about 100 people. DrillTec specialises in projects with high demands on technology, organisation and know-how, such as projects in a confined space, with minimal noise pollution or within close proximity to residential buildings. Even with the highest demands, quality, safety, environmental protection and customer satisfaction are always in focus.